Bottle Peak – Elev. 2136 ft./651 m. This wood 7’x7′ ground mounted cab with a hip roof was known to have still been standing in 1950. The final ascent to the lookout was accomplished via a 29 foot ladder mounted to the side of the huge granite summit cap. The structure was funded, designed and constructed in the spring of 1912 by District Ranger, Ed D. Bish. A similar structure was completed on Hot Springs Mountain at the same time. These two lookouts were the first in the newly established Cleveland National Forest fire detection system. (The Forest boundaries have since been redrawn to exclude the area around Bottle Peak.) The lookout was noted as “abandoned” in a 1938 National Geodetic Survey data sheet. The 7×7 concrete foundation exists to this day. Bottle Peak is at the eastern edge of the city of Escondido. 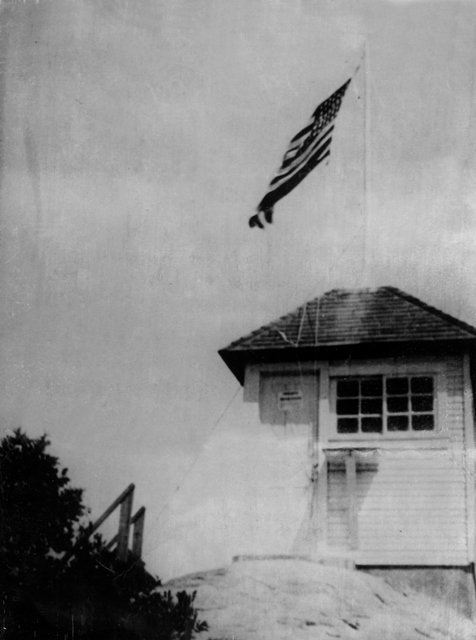